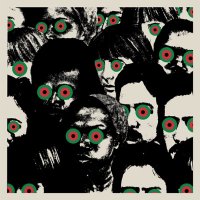 We go from Lira to Libra, from cold water to fever
To World War three from the treaty signed in Geneva
The biology teacher said we used to be amoebas
The neighborhood preacher said we emerged from the ether
We converged from urethra and struck gold, eurеka
The morning star Tariqa, was born to be a teachеr
Whether scorpion or the frog, the nature of the creature
Is to evolve, though it's the savage beast we truly are
My words should be studied up in Berkeley and Juilliard
All my bars is hard as solid gold bullion

My name in the Qur'an like the kingdom of Suleiman
You done lost your mind trying to call me a moulinyan
'Cause in two, one, five where folks fight depression
And wives pack protection, lives lack direction
I'm a king, I'm dipped in God's black complexion
Survival of the fittest is the natural selection now
Bear down on the scene like I'm Saladin
The stone courage esteem is aquamarine
You mask how you really feel like it's Halloween

When they ask how you really feel about my machine
In a class that I'm only in
Alien, horsepower like a Mongolian
Tryna find soul again
But my thoughts corrupt the files that contaminate the console again
It is a shame, but I cannot complain, though I am not the same
My bandwidth is a canvas cut from his frame
When I present ideas, naked and unashamed
It's handwritten in Sanskrit on a seven train

Everything's burning down
When I close my eyes again
Enemies all around
I don't understand, my friend, my friend

I've been through hoodies and sneakers to beepers and record features
Hustlin' nicks of reefer to tusslin' with the reaper
Sensory deprivation to ultimate synesthesia
Freein' our brothers' keeper from teeth of another creature
Breakin' and enterin' to the theater, the search and seizure
Is the worth of genius, somewhere between Earth and Venus
At her convenience, even non-believers make prayers
Haters and naysayers is buried in cake layers

I walked around with the iron for any wrinkle in time
I pay the piece of my mind for every nickel and dime
But never less than a five and never slept on the job
A killer jumped on your squad, yet never left the garage
When your God was close enough to see the flesh of his eyes
Get to the button and press, it's what the message advised
What's a threat? Behind a mess is where the testament lies