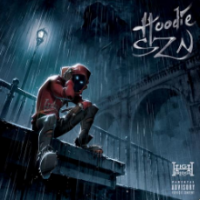 
Share:
On this page you can download the original ringtone 6ix9ine - GOOBA (version 2). Before you download a ringtone, you can listen to it first and make sure of its quality. To do this, click "Listen". To download it in *.mp3 and *.m4r format, click on the "Download MP3 ringtone" and "Download M4R ringtone" button. Here you can download free ringtone GOOBA (version 2) from 6ix9ine in two formats (mp3 for Android, m4r for iOS), duration 0:33 seconds, bitrate 320 kbps and filesize ~ 1,31 Mb. Ringtone 6ix9ine - GOOBA (version 2) - added to the site 16/05/2020, currently has 1 470 views/downloads by users. To download the ringtone, use the buttons below.

Now we catch him at the chicken spot, up a couple chops
Pop that nigga with a hundred shots, ra-ta-ta-ta-ta
DeDe made that nigga Diddy Bop, cha-cha-cha-cha-cha
He thought we was gon' knuckle up, bitch, I don't box
And these niggas always talkin' shit, yadda-yadda-ya
When you see me, what you talkin' 'bout, fuck you talkin' 'bout?
Niggas always wanna chase clout, bitch, I am clout
Tell 'em get up out my face now 'fore I grrt
Download ringtone 6ix9ine - GOOBA (version 2)
Download Ringtone GOOBA (version 2) (for Android and iOS)
More ringtones - 6ix9ine