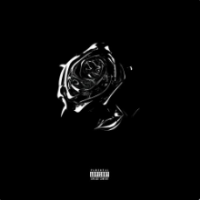 Lyrics Pop Smoke & Tyga, Quavo - West Coast Shit
T-Raww, I'm on some west coast shit (Business)
LaFeezy, live on the Sunset Strip (Yah, T-Raw)
Today was a good day, fly as a blimp (Aight, ah, ah)
I just booked a round trip, I don't argue with the bitch (No)
And my Spanish bitch talk spicy with the lips
When the car worth a M, you don't gotta touch the rim
Don't ask me the price, cost an arm, leg, and limb (Yah; Ayy)
When you in the light, niggas wanna steer you dim (Bit')
Where you get that from? Niggas gotta say it's him
Wanna copy my flow, I switch this shit again
Niggas ain't put the work, they don't celebrate the win
When you was ballin' with your bitch, I was shootin' in the gym, motherfucker, ah