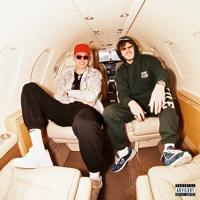 You tell me what that means

Make a slick comment and see what that brings

I seen it go down, we can reenact things (Let's do it)

These boys pussy and they PMSing (Woo)

People in the city see the movement occurring

Damn right, you wanna be in this scene

She at the video tryna be in this scene (Scene)

Bluegrass girl, but she got big dreams

Can't touch me, I got instincts

Locked in the house, but I'm plottin' things

I brought a gang to the party with me