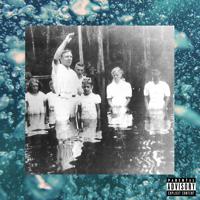 
Share:
On this page you can download the original ringtone $uicideboy$ - Avalon. Before you download a ringtone, you can listen to it first and make sure of its quality. To do this, click "Listen". To download it in *.mp3 and *.m4r format, click on the "Download MP3 ringtone" and "Download M4R ringtone" button. Here you can download free ringtone Avalon from $uicideboy$ in two formats (mp3 for Android, m4r for iOS), duration 0:39 seconds, bitrate 320 kbps and filesize ~1.53 Mb. Ringtone $uicideboy$ - Avalon - added to the site 3/06/2021, currently has 757 views/downloads by users. To download the ringtone, use the buttons below.

Music video: $uicideboy$ - Avalon
Error?
Lyrics $uicideboy$ - Avalon
Put the thang up to his brain
Put the thang up to-the thang up to-the thang up to his brain
Wah, wah
Psycho ward, to the mental, I'm a Don (Yeah, yeah)
In the ward's got the fenty in my 'ron (Yeah, yeah)
Skate the block off them Xannies, so I'm calm (Wah, wah)
Cough a lot from that damage to my lungs, ayy (Ayy)
Dope smoker, gun totin', I'ma killer's killer (Wah)
Pill popper, I don't know a lot who really sicker (Ayy)
Full of liquor, codeine drinker, fuckin' up my liver (Wah)
Pull the trigger of thе thriller to the highest biddеr (ayy, ayy)
Ooh, la-la, what's the vibe, pussy boy? (Wah)
AK boom, put him in they tomb, take lives just because (brr, brr)

And To Those I Love, Thanks For Sticking Around $uicideboy$
0:20

What The Fuck Is Happening $uicideboy$
0:35